This course is about Chicago, We will cover the history of the city and region, the politics, corruption, arts, plans, neighborhoods, humor, achievements and the future of the City. 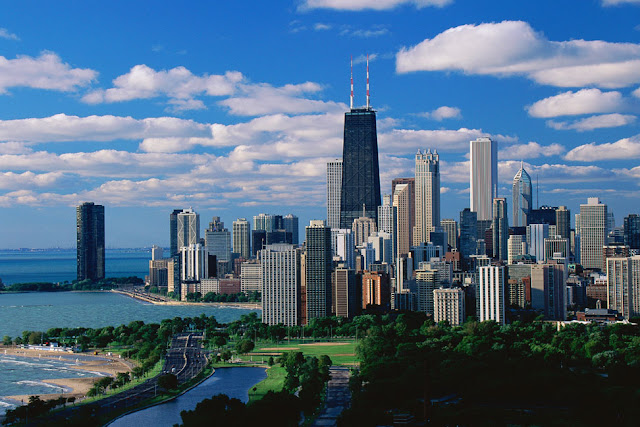 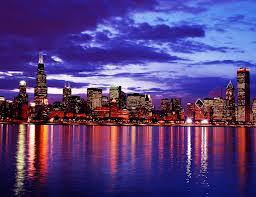 Chicago - Stormy, Husky, Brawling, City of the Big Shoulders
This course will be about Chicago. We will cover the history of the city and region, the politics, the corruption, the arts, the plans, and the achievements of the City. We will discuss current events. And we will relate the development of Chicago with other cities. 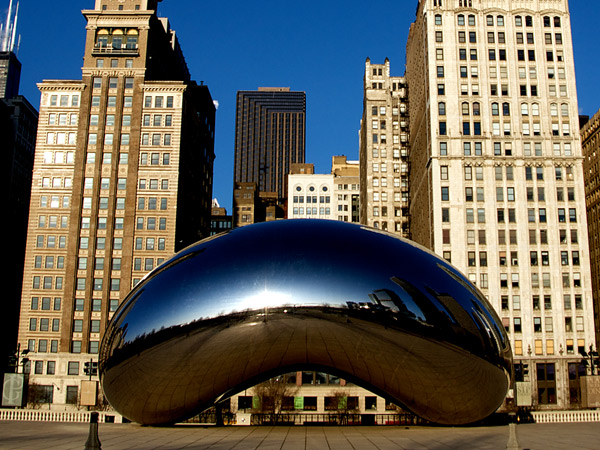 Make no little plans. They have no magic to stir men's blood and probably themselves will not be realized. Make big plans; aim high in hope and work, remembering that a noble, logical diagram once recorded will never die, but long after we are gone will be a living thing, asserting itself with ever-growing insistency. Remember that our sons and grandsons are going to do things that would stagger us. Let your watchword be order and your beacon beauty. Think big.

HOG Butcher for the World,
Tool Maker, Stacker of Wheat,
Player with Railroads and the Nation's Freight Handler;
Stormy, husky, brawling,
City of the Big Shoulders:
They tell me you are wicked and I believe them, for I
have seen your painted women under the gas lamps
luring the farm boys.
And they tell me you are crooked and I answer: Yes, it
is true I have seen the gunman kill and go free to 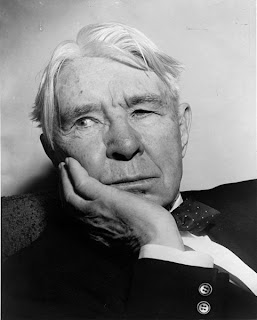 kill again.
And they tell me you are brutal and my reply is: On the
faces of women and children I have seen the marks
of wanton hunger.
And having answered so I turn once more to those who
sneer at this my city, and I give them back the sneer
and say to them:
Come and show me another city with lifted head singing
so proud to be alive and coarse and strong and cunning.
Flinging magnetic curses amid the toil of piling job on
job, here is a tall bold slugger set vivid against the
little soft cities;
Fierce as a dog with tongue lapping for action, cunning
as a savage pitted against the wilderness,
Bareheaded,
Shoveling,
Wrecking,
Planning,
Building, breaking, rebuilding,
Under the smoke, dust all over his mouth, laughing with
white teeth,
Under the terrible burden of destiny laughing as a young
man laughs,
Laughing even as an ignorant fighter laughs who has
never lost a battle,
Bragging and laughing that under his wrist is the pulse.
and under his ribs the heart of the people,
Laughing!
Laughing the stormy, husky, brawling laughter of
Youth, half-naked, sweating, proud to be Hog
Butcher, Tool Maker, Stacker of Wheat, Player with
Railroads and Freight Handler to the Nation.

Chicago is the 6th most influential city in the world according to a recent study. Chicago followed New York, London, Tokyo, Paris and Hong Kong. The ranking shows the influence a city has beyond its own borders.
Click to read more:
Click to See the Rankings:

Chicago's geography resulted from the action of large glaciers during the Ice Age which created Lake Michigan.  The Chicago region is a flat plain that was the bottom of the ancestral Lake Chicago.

The highest point within the city limits is in the Beverly neighborhood. This ridge was called Blue Island because it looked like an island set in the prairie.

When Chicago was founded the land was a swamp. It took a major effort to raise the grade of buildable areas and create storm and sanitary sewers to drain the region.

A very large limestone quarry has been excavated south of the city in Thornton.  The Thornton quarry was a coral reef when the area was covered by a sea many millions of years ago.

This course will be about Chicago. We will cover the history of the city and region, the politics, the corruption, the arts, the plans, and the achievements of the City. We will discuss current events.

In Greek mythology, the Pierian Spring of Macedonia was sacred to the Muses. As the metaphorical source of knowledge of art and science, it was popularized by a couplet in Alexander Pope's poem "An Essay on Criticism" (1709): "A little learning is a dang'rous thing;/Drink deep, or taste not the Pierian spring."

Things to Do in Chicago


Craig Hullinger is a City Planner from Chicago. He lived and worked in the Chicago region most of his career. He is a former member the American Institute of Certified Planners and a retired Marine Colonel.
craighullinger.com
craighullinger@gmail.com
309 634 5557